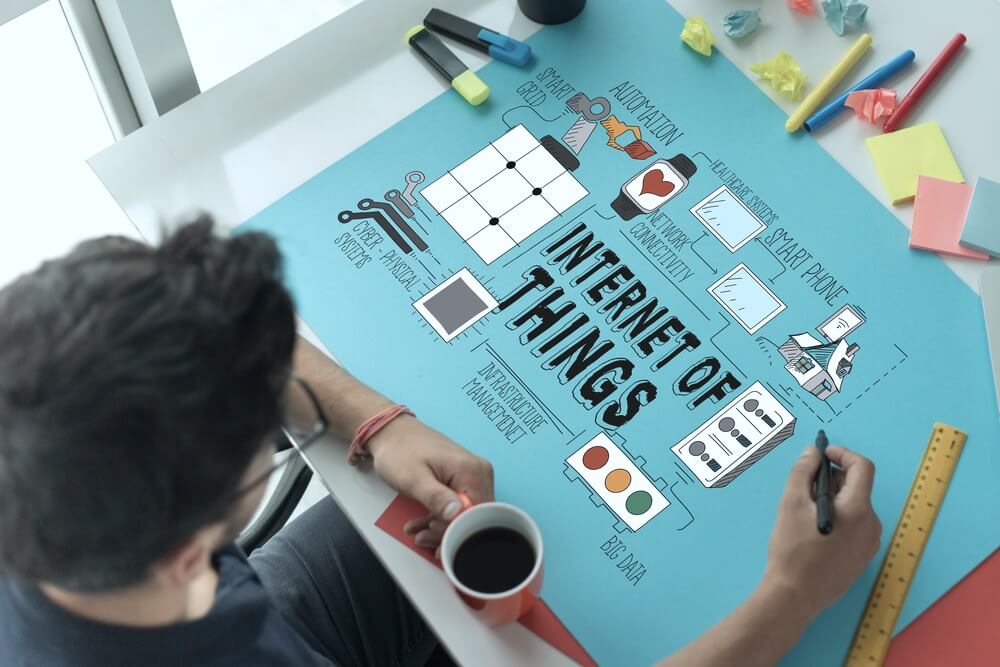 The Internet of Things (IoT) has been in the spotlight for some time now, particularly with consumer uses like fitness trackers and smart fridges. And while some verticals such as utilities, transportation, and manufacturing are using the technology to generate real business value, more consumer-facing industries such as retail, grocery, hospitality, and restaurants are slow to catch on.

According to a survey by PwC of top global retail executives, more than half had yet to implement, were struggling to define, or had no plans to develop a digital transformation strategy. While it’s unlikely we’ll see robotic servers and cashiers on a widespread scale anytime soon, IoT applications are making inroads in back-office operations. Connected devices and platforms are leading to improvements in efficiency, predictive maintenance, and trend forecasting, while generating new revenue streams and reducing energy and labor costs.

Service operators and retailers know that big data, automation, and personalization are all key to survival, and as IoT technologies and applicable use-cases have evolved, more businesses are poised to take the leap. A recent survey of food and grocery businesses by IGD found that 37 percent have deployed or are trialing IoT, while 58 percent are planning to partner with technology providers to maximize IoT opportunities.

And according to Juniper Research, retailers worldwide are expected to spend $12.5 billion by 2021 on IoT technologies, specifically hardware such as various sensors, gateways, Bluetooth beacons, controllers, and RFID tags. In 2016, retailers spent $2.7 billion connecting assets to the IoT, so the expected growth represents a 350% increase. This shows that the IoT is no longer just a trend, but a necessary tool to compete effectively in today’s market.

As with any emerging technology, it’s understandable that there may be confusion amongst those it would benefit the most. Here is an attempt to make a few fundamentals of IoT a bit clearer:

The OpSense Point of View on the Internet of Things

Digital devices (i.e. sensors) are increasingly embedded into everyday objects allowing them to augment and amplify their intended purpose. The OpSense point of view on the IoT is that it is an ecosystem comprised of several parts with distinct functions that take advantage of these augmented objects. There are certainly other valid lists, but at a basic level, an IoT ecosystem includes these components: sensors, gateways, security, data, and platform.

Sensors: Sensors represent hardware devices that enable objects to collect and transmit data. For example, a weight sensor placed on a store shelf can tell when inventory is running low.

Gateways: A gateway serves as the connection point between IoT devices and the cloud.

Security: With the collection of massive amounts of data, security needs to be a vital part of any IoT ecosystem. This is to protect you and your consumers’ privacy.

Data: The power of IoT lies in its ability to capture data in real-time. The data is collected by sensors. For example, a restaurant operator may opt to place temperature sensors in freezers to monitor when a temperature breaches a certain threshold. The operator can then look at the real-time data to determine what corrective actions need to be taken if a specified temperature threshold is breached. Furthermore, historical data can be examined and used for preventative maintenance.

Platform: Platforms are a type of middleware providing IoT devices with connectivity and enabling them to communicate with one another. The best IoT platforms are capable of being integrated with almost any connected device and blend in with the applications used by the device. Zigbee, MQTT, and Z-Wave are examples of leading platforms.

Before developing, purchasing, or implementing an IoT solution, operators should think hard and blueprint out what value they want to derive from the technology. This will aid in the decision-making of critical aspects of your solution, such as what kind of data will be most valuable, what ancillary data could be collected to increase value, what kind of sensors are needed to collect the data, where should sensors be placed to get that data, and many key decisions that will need to be made along the way. If the time is taken to do this then the potential value proposition of an IoT solution is astronomical. Potential values include labor cost savings, more efficient and productive workforces, better customer experiences, and improved profit margins.

As an example, OpSense is based on technology built by Kroger, the largest grocer in the US, in partnership with Mission Data. Deployed at nearly 3,000 stores, the IoT technology will provide a 5:1 ROI and save nearly $250 million dollars on labor costs over the next 5 years. A network of IoT sensors allows store managers to easily monitor refrigerator temperatures to make sure they stay within range and compliant.

OpSense utilizes sensors placed at critical points throughout a store, restaurant, or other building sites, and when a condition breaches a certain threshold, an alert is sent to an employee to investigate and correct the issue. The OpSense platform has the ability to record and monitor a number of operational processes such as humidity, HVAC, lights, foot traffic, weight, door openings, and more.

The IoT provides an incredible competitive advantage for those companies making the transition to employ its solutions, and it will soon become a necessity for survival. Implementing an IoT platform may seem like a daunting task, but if you take the time to learn about various relevant use cases and find an established technology partner to iterate with, you’ll be well on your way to IoT innovation. If you’re interested in learning more about what the IoT can do for you, or would like to see how OpSense can transform your business, please reach out. We’d love to hear from you.